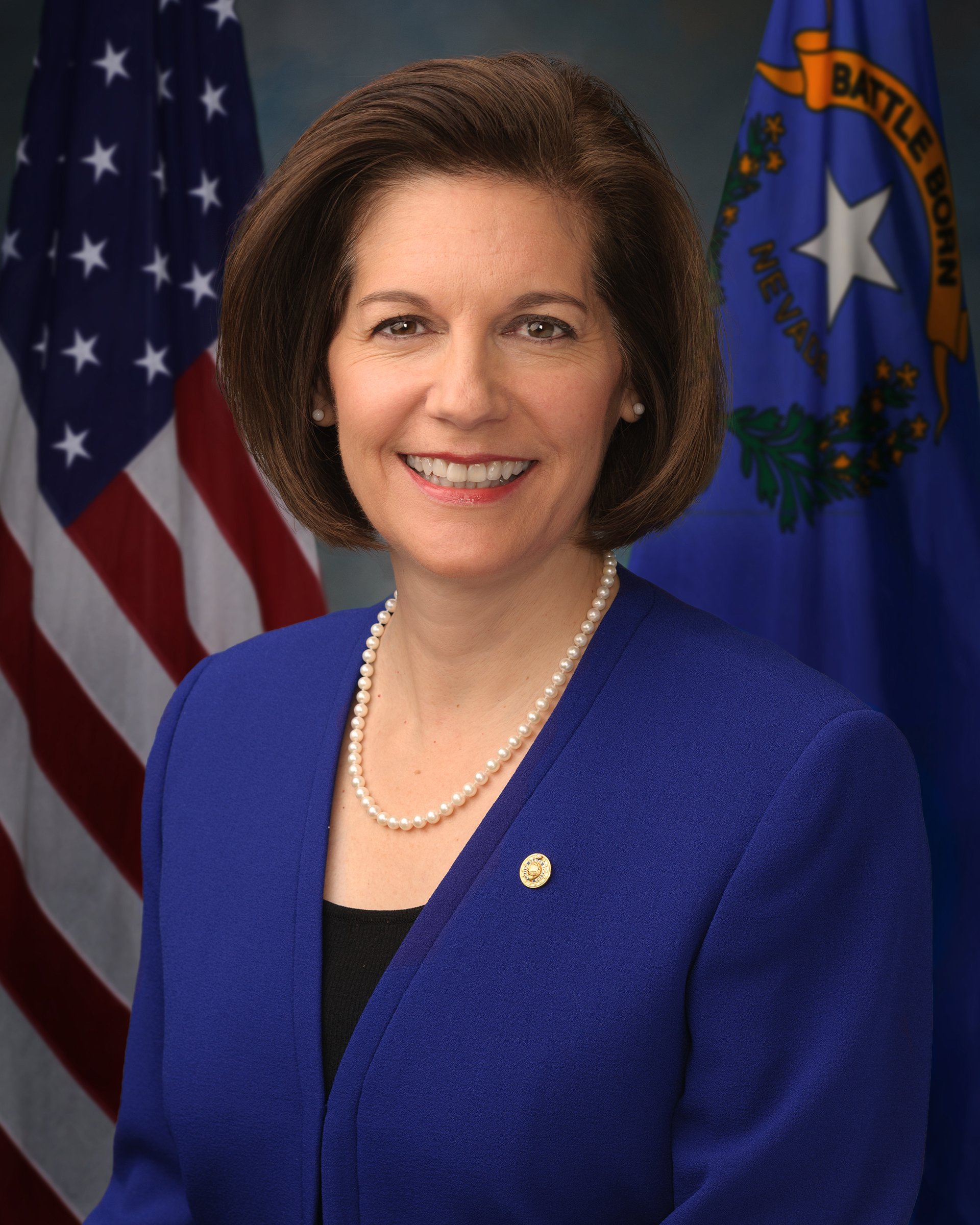 Senator Catherine Cortez Masto (she/her/hers) has spent her career fighting for Nevada’s working families. Born and raised in Las Vegas, she served two terms as Attorney General of Nevada and in November 2016, she made history by becoming the first woman from Nevada and the first Latina ever elected to the United States Senate.

In Congress, Senator Cortez Masto is a strong advocate for women and children and is working to pass legislation to strengthen women’s health care. She is a cosponsor of the Healthy Maternal and Obstetric Medicine (Healthy MOM) Act, which would ensure that mothers and their babies have access to the care they need, both before and after birth. Senator Cortez Masto continues to support our servicewomen by addressing the unique challenges they face as they transition from active duty. To ensure that they are empowered to access the full range of services they need to thrive, she has introduced the Servicewomen’s Health Transition Training Act of 2019, which would increase the knowledge of available VA health care resources like mental health assistance, maternity care, cancer screenings, and casework management.

Senator Cortez Masto is working to repair our broken immigration system and protect hardworking families. She is a cosponsor of the DREAM Act and a fervent supporter of comprehensive immigration reform.

Protecting survivors and combating human and child trafficking continues to be one of Cortez Masto’s top priorities. Cortez Masto introduced two bipartisan bills, titled the Not Invisible Act of 2019 and Savanna’s Act, which aim to address the crisis of missing, murdered, and trafficked Native Americans and Alaska Natives by increasing coordination among all levels of law enforcement, improving data collection and information sharing, and empowering tribal governments with the resources they need and bridging the gaps between tribal communities, law enforcement and the federal government. Cortez Masto has also introduced the Interdiction for the Protection of Child Victims of Exploitation and Human Trafficking Act to ensure law enforcement officers have the necessary tools and training to recognize and rescue at-risk and exploited children.

Prior to her service as Attorney General, Cortez Masto served as Chief of Staff to Nevada Governor Bob Miller. She also worked as an Assistant County Manager in Clark County and as a federal criminal prosecutor in the U.S. Attorney’s Office in Washington D.C.

Cortez Masto earned a Bachelor of Science in Business Administration in Finance from the University of Nevada, Reno in 1986, and a J.D. from Gonzaga University School of Law in 1990. She resides in Las Vegas with her husband Paul, a retired Secret Service agent.