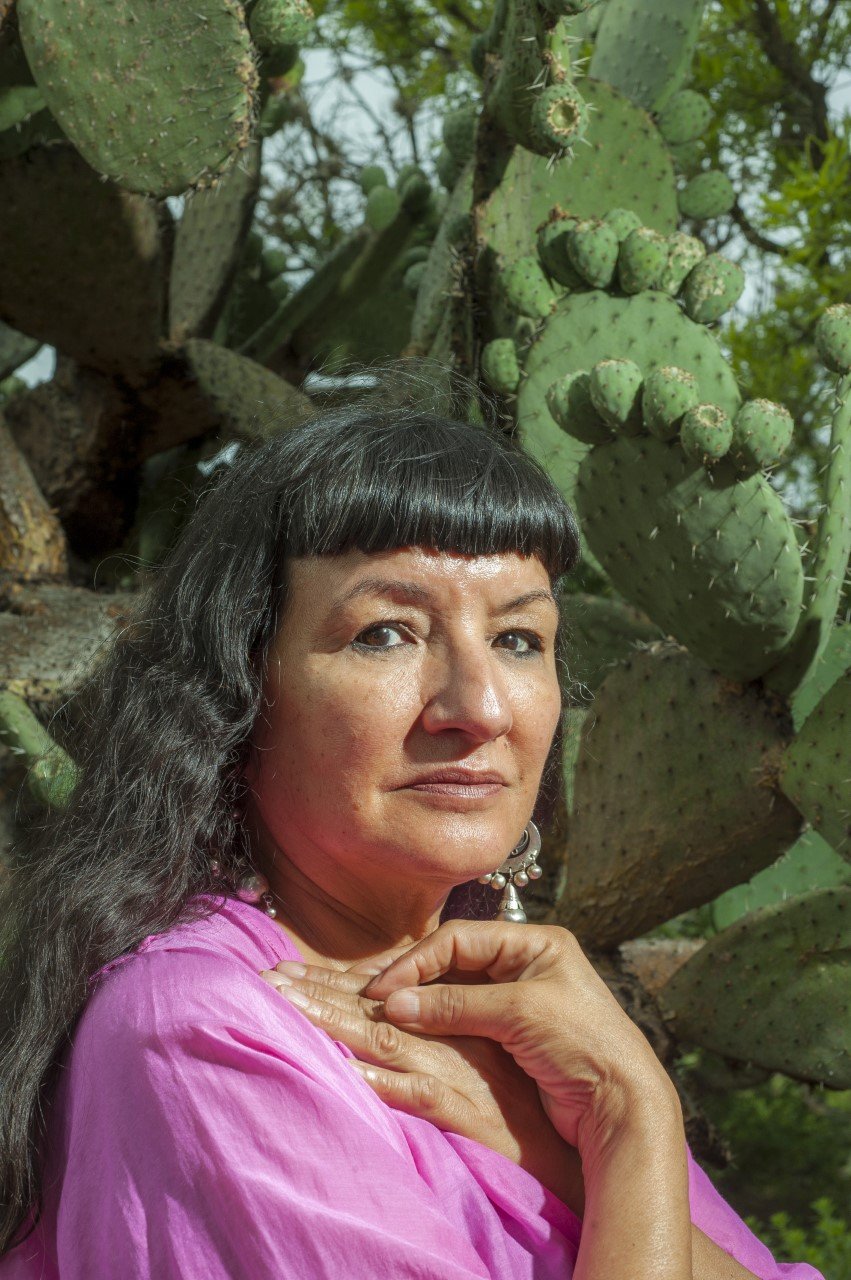 Sandra Cisneros is a poet, short story writer, novelist, essayist, performer, and artist whose work explores the lives of the working-class.  Her numerous awards include NEA fellowships in both poetry and fiction, the Texas Medal of the Arts, a MacArthur Fellowship, several honorary doctorates and national and international book awards, including Chicago’s Fifth Star Award, the PEN Center USA Literary Award, the Fairfax Prize, the National Medal of Arts. Most recently, she received the Ford Foundation’s Art of Change Fellowship, was recognized among The Frederick Douglass 200, won the PEN/Nabokov Award for international literature, and received a Ruth Lilly Poetry Prize from the Poetry Foundation.

Her classic, coming-of-age novel, The House on Mango Street, has sold over seven million copies, has been translated into over twenty-five languages, and is required reading in elementary, high school, and universities across the nation.

In addition to her writing, Cisneros has fostered the careers of many aspiring and emerging writers through two non-profits she founded: the Macondo Foundation, which celebrates its 25th anniversary in 2020, and the Alfredo Cisneros del Moral Foundation, which ran for fifteen years. She is also the organizer of Los MacArturos, Latino MacArthur fellows who are community activists. Her literary papers are preserved in Texas at the Wittliff Collections at Texas State University.

Sandra Cisneros is a dual citizen of the United States and Mexico and earns her living by her pen.  As a single woman, she chose to have books instead of children.  She currently lives in San Miguel de Allende, México.  Her most recent book, Martita, I Remember You/Martita, te recuerdo, a story in English and in Spanish, was published in 2021.  In September 2022, a new collection of poetry, Woman Without Shame, her first in 28 years, was published by Knopf and by Vintage Español in a Spanish language translation, Mujer sin vergüenza, by Liliana Valenzuela.