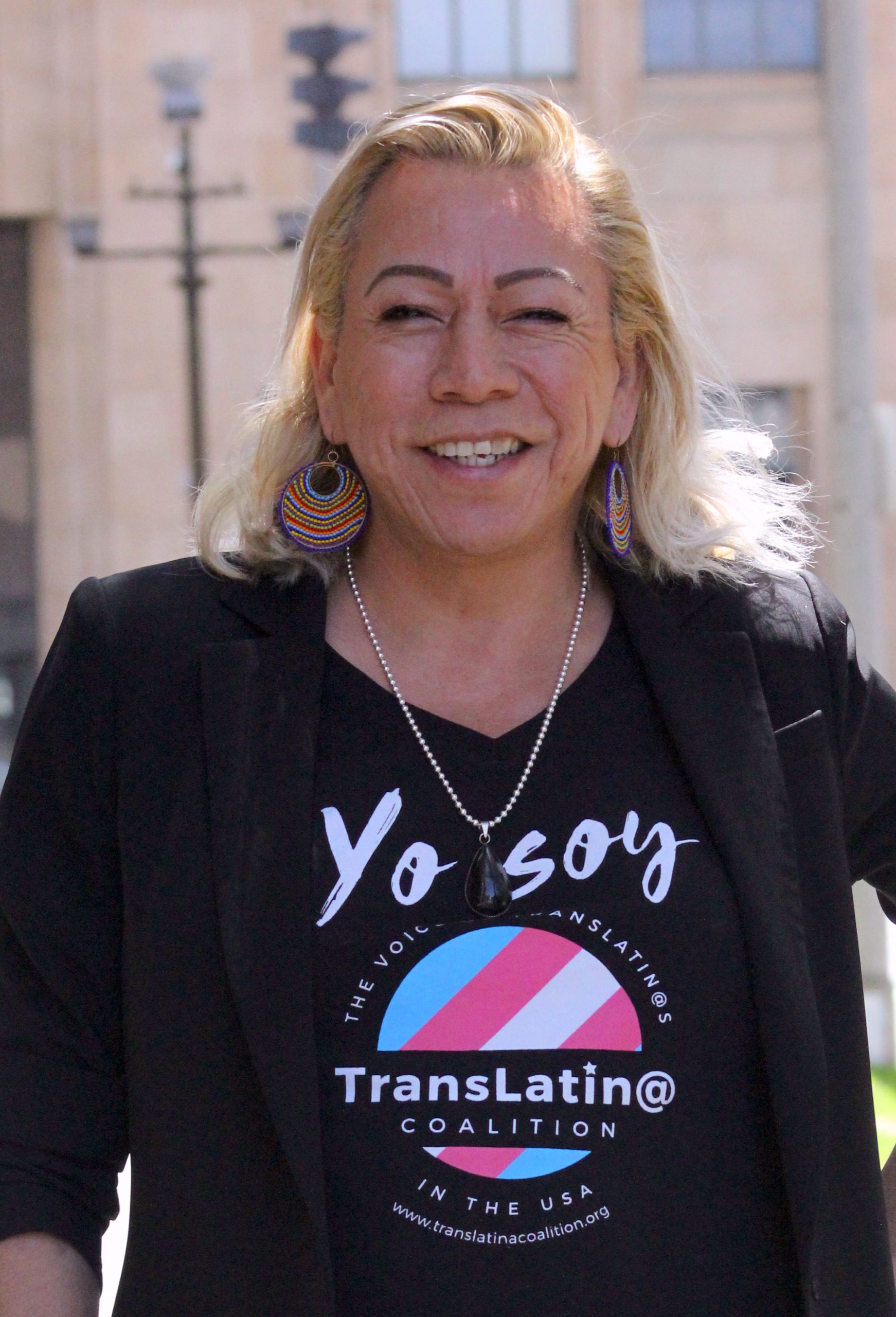 Bamby Salcedo (she/her/hers) is a national and international transgender Latina Woman activist who received her master’s degree in Latin@ Studies from California State California Los Angeles. Salcedo is the President and CEO of the TransLatin@ Coalition, a national organization that focuses on addressing the issues of transgender Latin@s in the US. Salcedo developed the Center for Violence Prevention & Transgender Wellness, a multipurpose, multiservice space for trans people in Los Angeles.

Salcedo’s remarkable and wide-ranging activist work has brought voice and visibility to not only the trans community, but also to the multiple overlapping communities and issues that her life has touched including migration, HIV, youth, LGBT, incarceration, and Latin@ communities. Through her instinctive leadership, she has birthed several organizations that created community where there was none, and advocated for the rights, dignity, and humanity for those who have been without a voice. Salcedo’s work as a collaborator and a connector through a variety of organizations reflects her skills in crossing various borders and boundaries and working in the intersection of multiple communities as well as the intersections of multiple issues. Salcedo has served and participated in many local, national, and international organizations and planning groups. This work mediates intersections of race, gender, sexuality, age, social class, HIV+ status, immigration status, and more.

Her activist public speaking has ranged from testifying to governmental bodies, human rights and social justice organizations, universities and colleges, demonstrations and rallies, and national and international conferences as a featured speaker. Salcedo speaks to diverse audiences on many topics and intersecting issues. She has spoken about transgender-related issues, social justice, healthcare, social services, incarceration, immigration, and detention as well as professional and economic development for transgender people. Salcedo has been invited to participate in several panels at the White House including in 2016 The United State of Woman where she shared the stage with Vice President Biden at the opening plenary session and in 2015, Transgender Women of Color and Violence and LGBTQ People of Color Summit. Salcedo has also participated as the opening plenary speaker at several conferences, including The 2015 National HIV Prevention Conference and The United States Conference on AIDS in 2009 and 2012. She has participated as facilitator with The PanAmerican Health Organization while developing the blue print on how to provide competent health care services for transgender people as well as health care for LGBT people and human rights in Latin America and The Caribbean. Her powerful, sobering and inspiring speeches and her warm, down-to-earth presence have provided emotional grounding and perspective for diverse gatherings. She speaks from the heart, as one who has been able to transcend many of her own issues, to truly drop ways of being and coping that no longer served her, issues that have derailed and paralyzed countless lives. Her words and experience evoke both tears and laughter, sobriety and inspiration through the documentary made about her life called TransVisible: Bamby Salcedo’s Story.

Salcedo has been featured and recognized in multiple media outlets such as People en Español, Latina Magazine, Cosmopolitan, the Los Angeles Times, Los Angeles Magazine, and OUT 100 and featured in the HBO documentary The Trans List, among many other. Salcedo has also been recognized for her outstanding work by multiple national and local organizations.